We Can do Better; We Shall do Better! 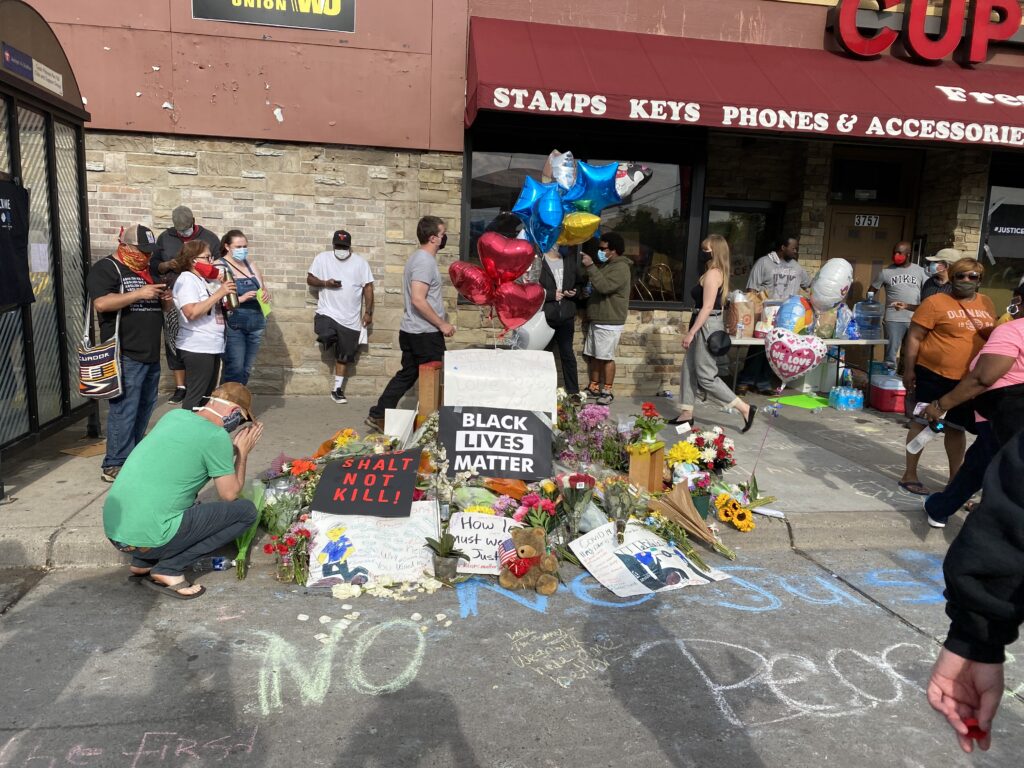 We can do better. And, we shall do better!

We will have safe streets while ensuring “fair and equal” treatment for all…in ALL neighborhoods.

My name is Jarvis Jones and I am running for Hennepin County Attorney. Violent and serious crimes are destroying families and neighborhoods in Hennepin County. Without apology, we must take back control of our streets, neighborhoods, and the downtown Minneapolis area.

I believe that Job #1 for the Hennepin County Attorney is to protect our community from those who would challenge common decency and our way of life here in Minnesota. I view it as a fundamental right for all residents to feel and be safe in their homes…in ALL neighborhoods.

We need a Hennepin County Attorney with not only a short-term plan, but also one with a long-term plan that is fact-based, data-driven, and provides us with a pragmatic way to have sustained safer streets and justice for ALL Hennepin County residents. I have both.

Equal and Fair Treatment for all...in ALL Neighborhoods

We will have safe streets, while ensuring “fair and equal” treatment for all…in ALL neighborhoods

It has been almost thirty years since the Minnesota Supreme Court issued its “Racial Bias Task Force” Report in May of 1993 and found that residents of color are held in custody prior to trial in Hennepin County at a rate disproportionately greater than whites; and, that jury pools are rarely representative of the racial composition of a community. See, the Minnesota Supreme Court Task Force - On Racial Bias“ -  Executive Summary”.

More recently, the ACLU of Minnesota found in April 2020 that “Black people are 5.4 times more likely than white people to be arrested for marijuana possession in Minnesota…despite comparable usage rates.” In 2018, Minnesota ranked 8th in the United States for the largest racial disparities in marijuana possession arrests.

Today, April 27, 2022, The Minnesota Department of Human Rights investigation found the Minneapolis Police Department has repeatedly violated the civil rights law – especially of African-Americans and residents of color -  and that multiple iterations of city leaders have failed to hold police officers “accountable” for their misconduct.

As Hennepin County’s next county attorney, I will work tirelessly to ensure dignity, respect, and “equal and fair” treatment for all…in ALL neighborhoods, by:

To help bring about sustained changes in our criminal justice system here in Hennepin County, I have a short-term and a long-term plan to bring us closer to Justice for ALL.

See, Jarvis’ Short-Term Plan to bring us closer to Justice for ALL

See, Jarvis’ Long-Term-Plan - Task Force’s Working Groups (6) to bring us closer to Justice for ALL

One of my top priorities for the Hennepin County Attorney’s Office is to proactively participate in community engagement. Although we are comprised of many neighborhoods, we are but one community in Hennepin County.

To sustain safe streets in the long-term, we will not be able to spend our way out of this problem nor “lock-up everyone”. We have tried that for over forty years. Instead, we must make sure that we are unapologetically pursuing safer streets, while at the same time, making sure that we are treating all residents of Hennepin County “fairly and equally”…in ALL neighborhoods

As county attorney, I will personally engage our neighborhoods particularly those neighborhoods that have the highest rates of violent and serious crime-in constructive dialogue on how we  can collectively work  together to reduce crime and ensure equal and fair treatment for ALL residents, by:

As chief prosecutor in Hennepin County, I will listen to and act upon the community’s feedback, ideas, and pragmatic proposals to ensure safer streets, dignity, respect, and  “fair and equal” treatment for all...in ALL neighborhoods.

See, Jarvis’ Short-Term Plan to bring us closer to Justice for ALL

See, Jarvis’ Long-Term-Plan - Task Force’s Working Groups (6) to bring us closer to Justice for ALL

Punishment shall fit the Crime – Nothing more, Nothing less

If elected, my office will not engage in over-charging nor under-charging the accused. Without favor or disfavor, I will ensure that the punishment fits the crime committed regardless of  "who they are" or “what neighborhood they're from.” All charges, plea bargain agreements, and sentencing recommendations will be proportionate to the crime committed - nothing less, nothing more.

Prosecutors will assess all cases - on the front end - to make sure that we are avoiding penalizing the accused solely because they have less financial income and assets than some of our more affluent residents. My office will make pretrial detention recommendations to the court based on the offense allegedly committed and whether the accused is a flight risk or a danger to themself or the community.

We will take some of the following steps to ensure that the punishment fits the crime:

I have a short-term plan and a long-term plan to ensure that all Hennepin County residents are treated fairly and that the punishment fits the crime. See below:

Today, our criminal justice system is primarily focused on prosecuting crimes. We will continue the focus on prosecution but for longer-term sustained changes, we must also exponentially increase our efforts, energy, and time to reducing and preventing crime in some of our more troubled neighborhoods.

We need more than “feel-good” fixes and short-term sugar pills to address the problems in our criminal justice system. Those alone will not give us the sustained, longer-term changes that are much needed here in Hennepin County. For long-term, sustained changes, we must reduce the oversized “footprint” of mass incarceration, its financial costs, and its resulting collateral damage to families and some neighborhoods.

The task force’s primary purpose and goals will be to focus on how as Key Stakeholders* in the criminal justice system in Hennepin County, we can: 1) make our streets safer; 2) bring us closer to “fair and equal” treatment for all...in ALL neighborhoods; 3) significantly reduce the large footprint of mass incarceration in Hennepin County; and, 4) significantly reduce the associated financial costs and collateral damage that arise from mass incarceration.

To achieve the CJS Reform Task Force’s primary goals, it will be tasked with identifying fact-driven, data-based, proven ideas and successful programs from around the Country that can be used here in Hennepin County. The Task Force will consist of Key Stakeholders’ representatives from the judiciary, public defender’s office, prosecutor’s office, law enforcement, probation officers, social services, elected local officials, and other appropriate Key stakeholders*.

For over thirty years, Hennepin County residents have poured more and more money into the criminal justice system and yet today, we do not feel safer. We must stop doing the same thing in Hennepin County and then wondering - why aren’t we safer? It’s time for a new approach with sustainable ideas and proven solutions. We must and can do better!

Contrary to popular belief in some quarters, we do not have unlimited financial resources (nor personnel, staff, or time) to “lock everyone up” in Hennepin County nor “spend our way” out of this problem. Instead, the financial reality dictates that we prioritize our limited resources to keep us safer and ensure “fair and equal” treatment for all residents.

We need to take a more common-sense, return on the public’s investment approach (“ROI”) in assessing existing and new policies, proposed ideas, and programs to ensure that the criminal justice system is more responsive to its Hennepin County residents’ fears, needs and concerns.

Below are my short-term plans to increase financial accountability for the Hennepin County Attorney’s Office by, in part, reducing the financial cost and collateral damage to families arising from the over-sized “footprint” of mass incarceration: